Amendments of the new Regime for Self-Employed Workers

The main objective of this social security regime amendment in Portugal is to combat the precariousness of labour relations in order to promote social development. Work dignity and the increase of social protection of self-employed workers was the focus of this review, having associated an evaluation of the risks covered by this scheme with the purpose of establishing a greater social balance between the duties and the contributory rights of this type of workers and an effective social protection that improves the perception of benefits, contributing to a greater linkage to the social security system.

The revision of the rules for determining the amount of contributions to be paid by self-employed workers so that these contributions be based on the most recent months of income or the re-evaluation of the scheme of the contracting entities with a view to strengthening justice in the allocation of contributory effort between contractors and self-employed works, with a strong or total dependence on the income of a single entity, consubstantiate some of the changes provided for in the Government Program.

”Are considered to be self-employed workers, people who exercise their professional activity without being subject to a contract of employment or a legally equivalent contract, or are obliged to provide another person with the result of their activity, and this activity is not covered by the general social security regime for employees.”

Self-employed workers, when subject to compliance with taxes obligations (i.e. not exempt), are required to report quarterly (until the last day of January, April, July and October) the amount of income associated with the production and sale of goods or services, obtained in the immediately preceding quarter.

Noteworthy are the self-employed workers with organized accounting who chose until November 30th 2018, the type of income-tax scheme, between:

The present decree-law also introduces changes in respect of contracting entities, in particular as regards the rate applied to the value of the services provided to them by self-employed workers. Like this:

The value of these contributions shall be determined by the Social Security and it is reported to the previous calendar year. With this there is a double aggravation of the contributions to these entities. So far they had only to account for workers for whom they accounted for more than 80% of their income. The novelty is that the criterion has changed to 50%.

The TSU (Single Social Tax) will focus on the income obtained in the three months immediately preceding the month of the quarterly statement:

At the time of the quarterly statement, the self-employed worker may choose to minimize or increase the incidence base by 25%.

The monthly contribution base corresponds to 1/3 of the relevant income calculated in each reporting period, taking effect in the same month and in the following two months.

If it is found that there is no income or the value of the contributions, by virtue of the relevant income obtained, is less than € 20.00, the incidence base corresponding to the amount of contributions in that amount, or € 20.00 per month (updated according to IAS [4]).

Whenever the relevant income is determined on the basis of organized accounting, the monthly tax base corresponds to one-twelfth of the taxable income, with a minimum limit of 1.5 multiplied the value of the IAS, being fixed in October, taking effect in the next calendar year.

The taxable income base of self-employed workers with a monthly average relevant income calculated quarterly of an amount equal to or greater than four times the value of the IAS, which are as well contracted by companies, corresponds to the value that exceeds that limit.

The basis of tax incidence considered in each month has a maximum limit of 12 multiplied by the IAS value.

For the purposes of the first framework in the self-employed framework, the relevant annual income value of the self-employed worker is no longer considered. It is now automatically recorded on the 1st day of the 12th month after the beginning of the activity, or on an earlier date, upon request.

In the case of resumption of activity, the framing takes effect on the first day of the resumption month.

The tax exemption changes as well. Thus, even if the worker is placed under the self-employed framework, exemption from the obligation to contribute may be granted in the following cases:

5. Changes to the Social Protection of self-employed workers [5]

In general terms, the coverage offered to self-employed workers is extended to social benefits for risks such as unemployment and sickness, and in the long term there are positive effects in terms of pension formation.

Self-employed workers will have access to special childcare allowance for children and grandchildren. They will also be entitled for childbirth assistance allowance, corresponding to a period of up to 30 consecutive days after the birth of a grandchild who resides with the beneficiary, as long is a child of a teenager under the age of 16.

The contribution period for economically dependent self-employed workers is 360 days in the 24 months preceding unemployment.

Conditions to access activity cessation allowance changes: For economically dependent self-employed workers it is necessary that they have been considered economically dependent on the contracting entity only in the calendar year immediately preceding the termination of the services contract.
For entrepreneurs, the percentage of activity turnover in order to calculate the significant reduction in turnover will decrease from 60% to 40% in the relevant year and in the two immediately preceding years.

The principles guiding the legislator seem well founded, most likely to have a good impact on most self-employed workers, but it is still possible that in the short term there are workers who may have to pay more in this new regime. Certainly, it will bring more justice, since it allows adjusting the social security contribution to monthly real income. 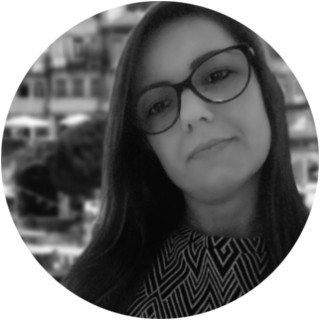 Bachelor in Accounting and Administration from ISCAA, graduated in Financial and Fiscal Management. She's a member from OCC since 1999, very experienced in areas of finance, accounting and management.