Brexit, impact on tourism and hotel industry in Portugal

It is widely known that the United Kingdom wants to leave the European Union, after the decision of its members, which gave the green light to its exit scheduled for March 2019 and that would not materialize.  There is an extension of this date until 31 October 2019, two years after the official launch of the whole exit process, three years after the referendum of 23 June 2016, where 52% of the British people voted in favour of 'Brexit'.

But will this umbilical disconnection be so burdensome and disastrous for the member states of the European Union, breaking with the free movement of people and goods? What will be its economic effects and what will be the impact from the point of view of tourism in Portugal?

"... it is common sense that the most catastrophic scenarios, nor the most optimistic ones, will probably not occur..."

There is a lot of speculation about this subject, however, it is common sense that the most catastrophic scenarios, nor the most optimistic ones, are probably not going to happen. Their effects will probably be in the midst of these two realities, the United Kingdom will not cease to be the strong economy it is suddenly, nor will it isolate itself from the world by failing to do business with its partners.

The weight of Tourism in the national economy has increased notably in recent years. According to TravelBI - Tourism of Portugal, the Tourism Revenues in Portugal accounted for 8,2% of the Gross Domestic Product, corresponding to 16,6 billion euros, as well as representing 18,6% of Global Exports.

This result evidences an increase of 9,6% compared to 2017, a year in which tourism revenues in Portugal were worth 7,8 % of GDP. Since 2014, the annual growth of this indicator was 0,4 points, so last year's registration (+2, 2 points vs. 2014) becomes even more significant.
More than 12,76 million foreign tourists visited Portugal in 2018, a growth of 0,4% over the last year. This growth rate shows a strong slowdown in the trend that we have been experiencing in the previous years, being the highest, of 11,7%, from 2016 to 2017. Regarding tourism consumption by foreign tourists, data about 2018 is not yet available, however, the previous data shows us the weight of foreign tourists in the tourist consumption in the territory rose from 61,2% in 2014 to 63,1% in 2017. Also the Gross Value Added (GVA) generated by Tourism increased significantly, from 6,9% in 2016 to 7,5% in 2017.

Study of the Business Confederation of Portugal (CIP) about “Brexit”

In 2018 the CIP developed a study on the impact of “brexit” in Portugal, with the support of Ernst & Young - Augusto Mateus & Associados (EY-AM & A), which pointed Tourism and exports to the automotive sector as two activities on the high risk of suffering a recurring high impact of Brexit, however there are others with a high dependence on exports that have a much higher risk.
This paper analyzed the impact of the departure of the United Kingdom from the European Union (brexit) in which several Portuguese products and services exported to that country may be subject to restrictions in the future (customs fees, taxes, etc.).

What can happen in the Tourism sector?

It is expected that there will be a break in the purchasing power of the English, due to this we may be in the presence of services subject to some price pressures.

From our point of view and in spite of the general fall that will be felt in the foreign tourist market associated with the United Kingdom, it is well-known that there is a greater price sensitivity in inferior segments with less purchasing power, observing greater resistance to baskets of products for classes with greater purchasing power or niche.

The CIP study also highlights the impact on tourism, where the UK has a significant influence (See study).

"In 2016, there were around two million British guests who spent more than 9,5 million nights in Portugal. In fact, the vast majority of European tourists arriving in Portugal in 2016 were English, accounting for 21% of guests and 28% of overnight stays in hotel establishments, having grown at an average annual rate since 2010 of around 10%/year in both the cases".

However, in relation to the British market in 2019 there has been a growth of 6,8% so far compared to the same period last year (See lastest data in TravelBI ).

The Government in Portugal has approved a Contingency Plan for Brexit in the event of a departure by the United Kingdom from the European Union without agreement, this plan includes measures such as facilitating the entry of British tourists through Faro and Funchal airports. The plan aims to avoid obstacles and encourage reciprocity with Portuguese citizens who work and live in the United Kingdom and for Portuguese tourists in that country. In addition, the Portuguese government is keen to make every promotional effort to maintain the same level of flow of British tourists in Portugal (See the plan here).

Measures to be adopted by accommodation establishments owners

Similar to the Portuguese government, hoteliers should prepare themselves for a brexit with or without an agreement, so they must carry out some measures in order to minimize its effects and safeguard the business. All businesses will be generally affected, however there are specific businesses such as Hotels, Tourist Accommodation Establishments, Restaurants, Hostels , Rural Hotels, Camping Parks, Resorts, among others.

20 measures to be taken to minimize "brexit":

1. Be widely informed about the news of " brexit " by following it in International media and National.
2. Implement a revenue optimization system or "Revenue Management", in outsourcing.
3. Recruitment of Revenue Management specialist in outsourcing;
4. Increase planning and booking forecast up to 12 months;
5. Reinforcement of sales, marketing and IT team through outsourcing;
6. Marketing campaigns in tune with the strategic definitions of the company and strategy of "Revenue Management";
7. Favouring direct bookings in the hotel website;
8. Demand stimulus with direct online advertising to redirect traffic to the hotel's website (Google Adwords to Bing , with Metasearch and Social channels);
9. Ensure that the website is translated into several languages and is able to promote the hotel in multiple markets;
10. Increase "Retargeting campaigns";
11. Increase bet on SEO and SEM;
12. Translation of hotel contents into multiple languages (besides English);
13. Entry into new markets;
14. Contracts with new distribution channels (niche and trends);
15. Increase guests loyalty and promotional campaigns directed to repetitions;
16. Reinforcement of resources in alternative English speaking markets (eg Ireland, USA, Canada, Malta, New Zealand, Australia, etc.);
17. Work the existing data in the property systems through BI techniques, in order to know the ideal guest for each market and his buying habits.
18. Send general conditions information to English tourists when visiting Portugal in case of " brexit " (when it happen);
19. Promotion of packages, with added value for the client (bundle);
20. Create direct communication channels with customers and guests (eg Livechat, robots, etc.). These direct communication channels can inform English guests about precautions to be taken before coming to Portugal and encouraging the visit;

The effects of Brexit (news) are starting to appear only now in Portugal in regions more dependent on mass markets or segments with lower purchasing power, however the UK market in Portugal is still growing at this moment (2019).
A weaker pound theoretically means a lower purchasing power, however, within Europe, Portugal continues to be seen as a fairly affordable tourist destination for UK tourists. Theoretically these tourists will prefer to stay within the UK at the expense of traveling to countries where the currency loses value.
Hotels, as well as other tourism businesses, should remain flexible and ready to adapt. As the news and solution for Brexit becomes a reality these businesses should have agility and a near-instant market reaction capability. To maintain direct bookings in an uncertain market, follow-up and planning in advance are essential. 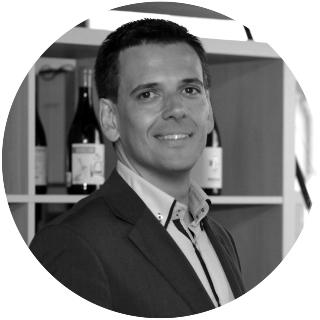 Specialized in revenue he owns a Master degree in Hotel Management, has more than 14 years of experience in the business world, leading areas such as marketing, e-commerce, sales and revenue.